How to Elope in Olympic National Park 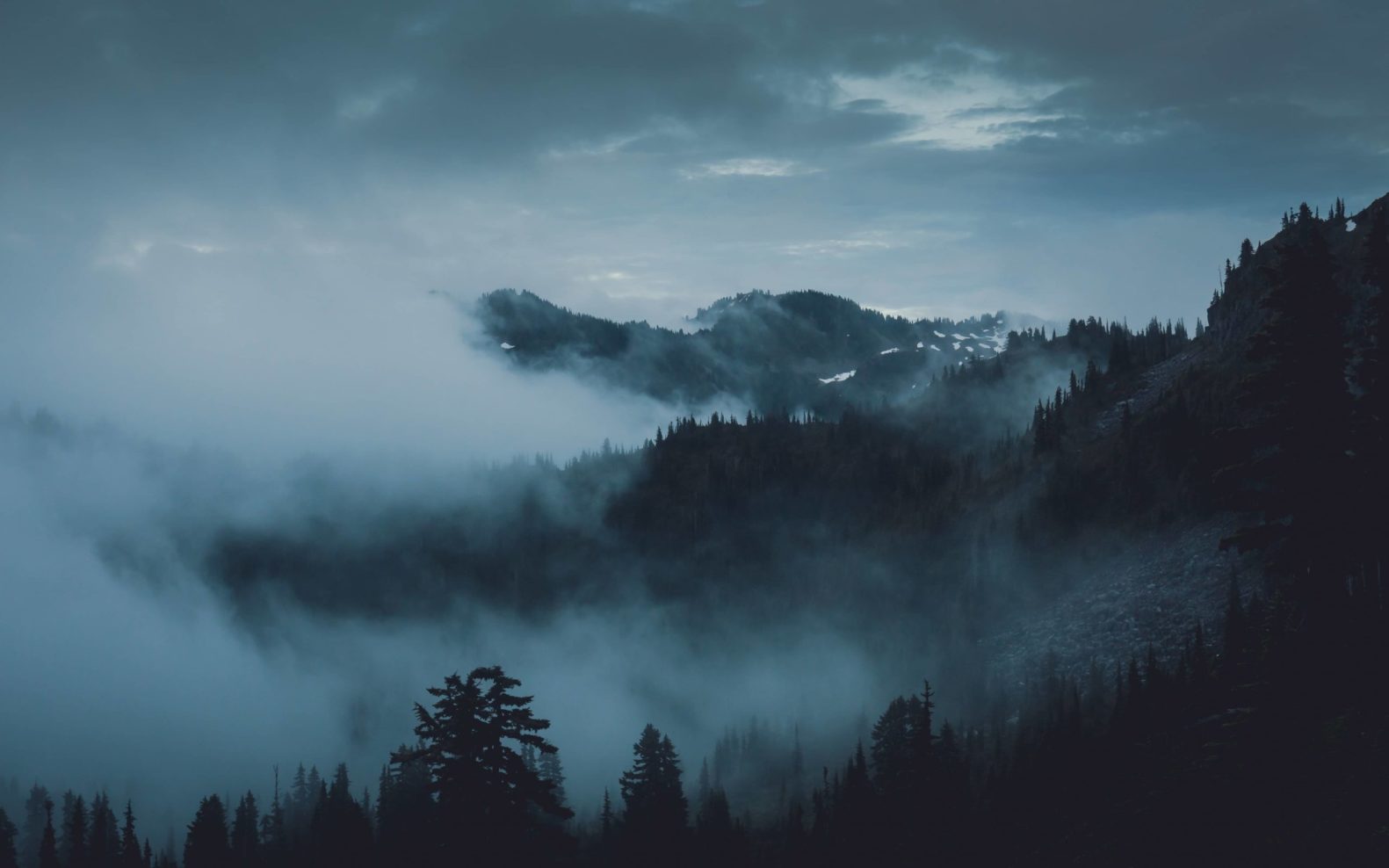 Spanning almost a million acres, Olympic National Park is Washington’s largest national park, and the most diverse. It encompasses several different ecosystems, so you can go from snow-capped mountains to a mossy temperate rainforest, to dramatic craggy coastlines – all in a few hours! With so much scenery to choose from and trails to explore, it’s perfect for any couple who wants to forgo the traditional wedding in favor of adventure. Read on to learn everything you need to know about how to plan an Olympic National Park elopement!

The Native American tribes local to the Olympic peninsula – the Makah, Quileute, Hoh, Quinault, Skokomish, S’Klallam, and Lower Elwha Klallam people – continue to maintain their relationship with the land of the national park. Legend has it that the hot springs found in the area were formed by ancient dragons who used to roam the coast and now rest underground, warming the rivers and streams with their hot fiery breath.

In 1938, Franklin Roosevelt officially formed Olympic National Park, after concerns were raised about the area’s disappearing forests, and it has since grown larger as parts of the Pacific coast have been added. Today, it is Washington’s most visited national park!

Getting to Olympic National Park

If you’re traveling from out of state for your Olympic National Park elopement and need to hop on a plane, you’ll land in Sea-Tac International Airport in south Seattle. From there, it’s a two hour drive to the closest entrance of the park – you’ll need to rent a car to get around, but the roads are paved and easily accessible in any vehicle. Unless you elope in the winter, in which case you’ll want something with snow tires!

How to choose an Elopement Date

One of the first steps in planning your Olympic National Park elopement will be to choose a date. But, before you pull up your Google Calendar, you’ll need to consider a few things first.

Because the park is so large and houses so many different ecosystems, weather can vary a ton on the Olympic peninsula. The area is notorious for rain, so the best time to elope is in the summer, when the weather is warm and skies are clear. If you plan to hike in the Olympic mountains, you’ll definitely need to elope during the warmer months, as they can stay snow covered into mid summer, and snow begins again in early fall.

The great thing about Washington is that the rain usually stays at a light drizzle – it rarely pours, So if you’re willing to brave a little precipitation, fall and spring can be gorgeous as well, with much fewer crowds around.

Keep Your Elopement Private and Crowd-Free

Summer is the busiest season in Olympic National Park, due to the short lived sunshine! To get a little more privacy on your elopement day, I recommend eloping in late spring, right before busy season, or in early fall, right after the crowds begin to dissipate.

However, even if you elope during the peak, you can still avoid crowds by planning your ceremony for sunrise! If you tie the knot while everyone else is sleeping, you’re likely to get the spot to yourself, and you’ll get to watch the sun come up – which will make you forget about that crack-of-dawn wake up call.

I also recommend eloping on a weekday, as Saturdays and Sundays are always busier in national parks. Be careful of holidays and three day weekends!

The best places to elope in Olympic National Park

How do you even begin to narrow down your elopement location when there are so many beautiful spots in the park? Olympic National Park is a popular destination for people who want to get outside – which means that many of the well-known spots are pretty crowded.

When it comes to choosing a location for your ceremony, you’ll likely want to avoid having an audience as you read your vows, so it’s better to find some of the lesser-known places. This can be difficult to do, but luckily I happen to know a photographer who’s great at finding off-the-beaten path elopement locations… hint, hint.

Here are some ideas to get you started…

Hurricane Ridge is a popular elopement spot. Right from the parking lot, you’ll have stunning views of the surrounding mountain peaks, and several hikes begin here so you can explore deeper in the wilderness! Mountain goats and deer frequent the trails often, so you might get the chance to spot some!

Ruby Beach is a gorgeous stop on the coast that features incredible rock formations towering over the crashing waves of the Pacific Ocean. You can explore for miles along the shoreline and see tide pools full of starfish, crabs, and other marine life. Recognize it from the Twilight films?

This is one of the largest temperate rainforests in the United States, and when you walk along the trails of the Hoh Rainforest, you’ll see giant trees towering as high as 300 feet, many of which are covered in moss and ferns.

Brush Up on the Legal Stuff

It may not be super glamorous, and not as fun as looking at all the location options, but it’s important that your elopement is legal! This includes things like park fees and permits, as well as marriage laws. It’s important to note that obviously I’m not a lawyer so please do your own research to make sure everything is legit!

In Washington, you can apply online or by mail (depending on the county) – so whether you’re a local or you’re traveling here for your elopement, this makes things easier! Your marriage license can be from any county in Washington. Clallam County is closest to Olympic National Park, and you can find the application and instructions for mailing it in here. Fees vary by county, and marriage licenses in Washington have a three-day waiting period.

An officiant will need to sign your marriage license – you can hire an elopement officiant or have a friend or family member get ordained on ULC.org. But if I’m your photographer, I’m ordained and can do double duty and sign as your officiant!

Two witnesses signatures are needed as well, but don’t panic if you weren’t planning on inviting any guests. The only requirement is that they be over 18 – so any of your vendors can sign your marriage license, or you can even find two people at your ceremony spot!

You will still need to pay the regular park entrance fees. Passes can be purchased at every park entrance, and you will need one per car. A pass costs $30 and is good for 7 days, but if you visit national parks often, an America the Beautiful pass can be purchased at the entrance as well, and will get you into any national park in the country for an entire year for $80.

Do I Need a Permit?

No permit is required for any Olympic National Park elopement under 10 people (including the photographer, officiant, and any other vendors) – but if you’re planning on inviting some guests, you will need to apply for a wedding permit. I recommend doing this ahead of time to ensure the park has enough time to process your application! You can find permit info, along with the application, here – there’s also a $50 fee that needs to be sent along with your application.

Learn About Leave No Trace

If you aren’t familiar with Leave No Trace, it’s never too late to learn! LNT is a set of principles that we should all follow to reduce our impact on the outdoor spaces we visit. Humans can cause a lot more damage than we realize, so by familiarizing yourself with these principles before your elopement, you can help ensure that the park stays beautiful!

You can find specific information about LNT for Olympic National Park here – the basic idea is to leave things as you found them! This means packing out your trash, and not taking anything with you from the park (such as wildflowers or rocks). It’s also important to be respectful of wildlife. Mountain goats and elk are some of the most commonly seen animals on the trails, and while they are typically used to seeing people around, they can be aggressive if they feel threatened. As long as you keep your distance and respect that this is their home, you’ll be fine!

You can learn more about each principal LNT.org!

You can stay in Olympic National Park at one of the campgrounds or resorts. You can also find nearby cabins and Airbnbs, but be sure to look for accommodations early, as they can book up fast, especially in the summer.

Charming and quaint it’s located right by the lake and was built in 1915. An ideal place to stay for base camp.

is a rustic and grand resort located in the heart of the Quinault Rain Forest among ancient Sitka spruce, Douglas fir, and Western Red Cedar.

in Forks is quaint and laid-back and surrounded by the lush rainforest landscape. Nestled above a driftwood-covered beach and soaring evergreen forest.

Your entire elopement day should be an experience – this is your wedding day, after all! The best thing about eloping is that you can do anything you want, and I mean anything. Whether it’s a casual picnic or a thrilling helicopter ride, plan something that will make this the best day ever.

Here are a few things you can do in Olympic National Park:

If you’re ready to elope amongst the snow-capped mountains, or the woodsy forest groves, or ocean-side cliffs of Olympic National Park, contact me! As an elopement photographer, a big part of my job is helping adventurous couples like you find the perfect ceremony spot, get the right permits, craft a custom timeline for the day, and anything else you’ll need throughout the planning process. Because eloping is all about letting go of the stress and enjoying what matters – getting married!

Hey, I’m Evangeline an adventurous and laid-back elopement photographer based in Seattle, Washington helping couples plan meaningful experiences for their wedding day in nature. I focus on capturing the vibe of your day and the epic landscape views all over Washington, Oregon, California, and beyond. 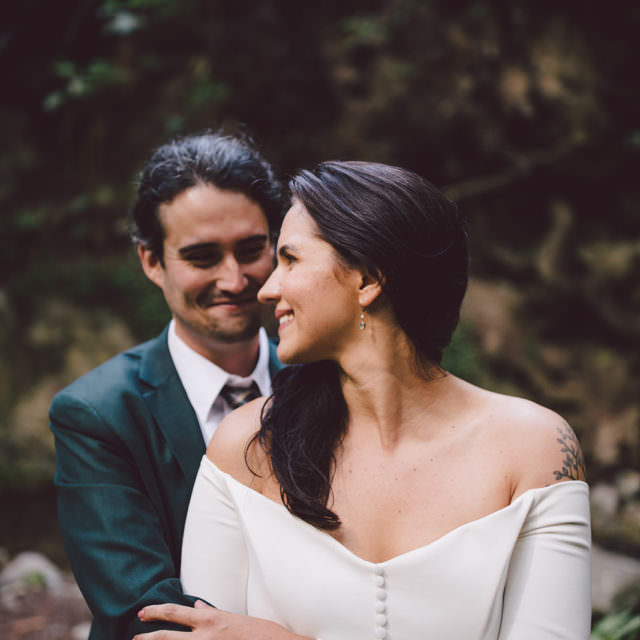 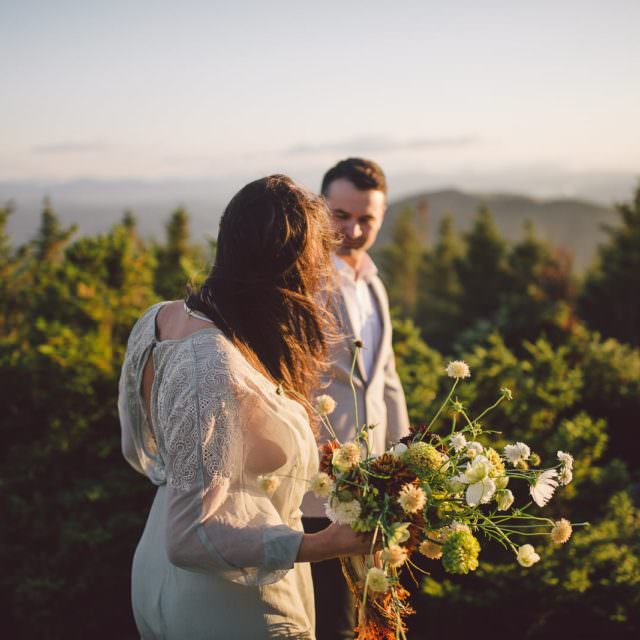 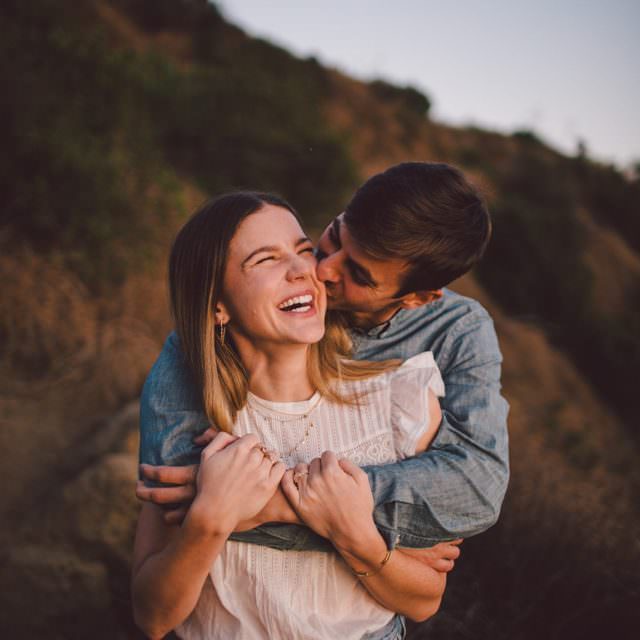 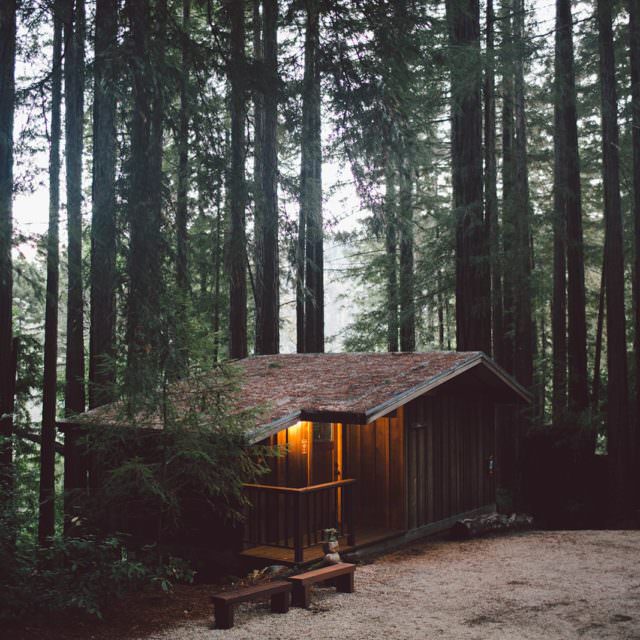 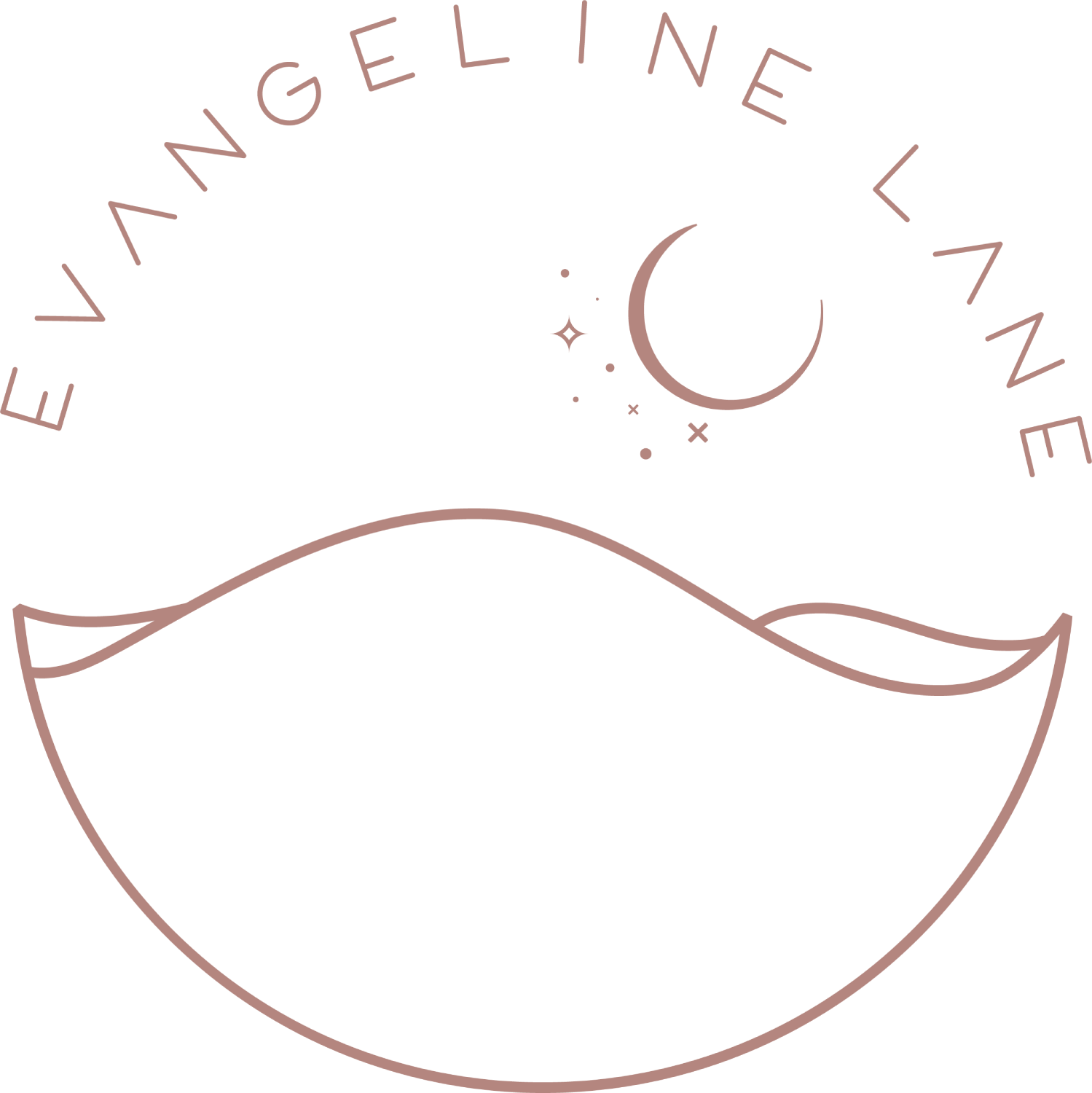 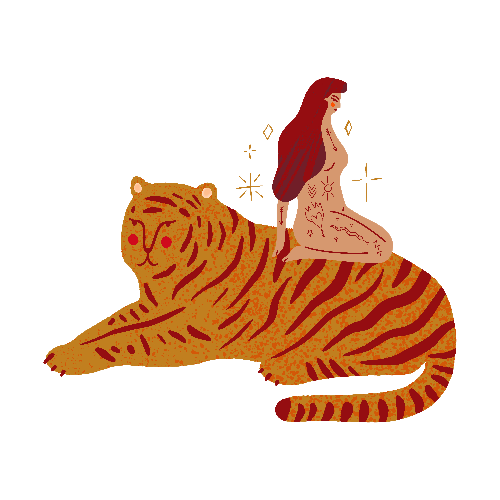